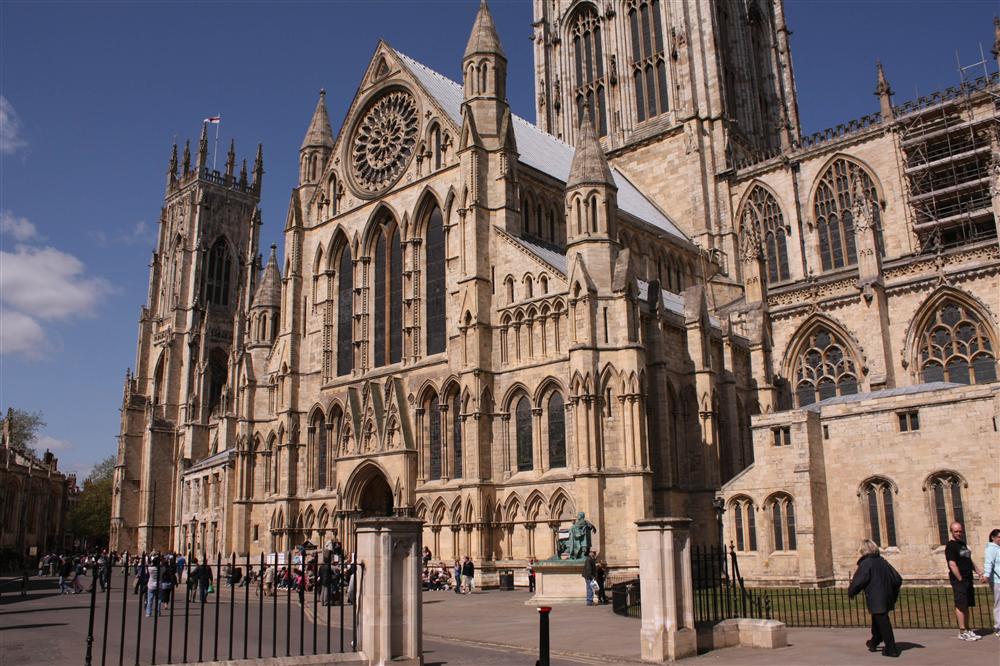 The spectacular York Minster, formally titled ‘The Cathedral and Metropolitical Church of St Peter in York’, is a world renowned masterpiece of architecture and design. One of the largest of its type in Northern Europe it is of cruciform design with an octagonal Chapter House. It is the Cathedral for the York Diocese whose Archbishop holds the second-highest office of the Church of England. 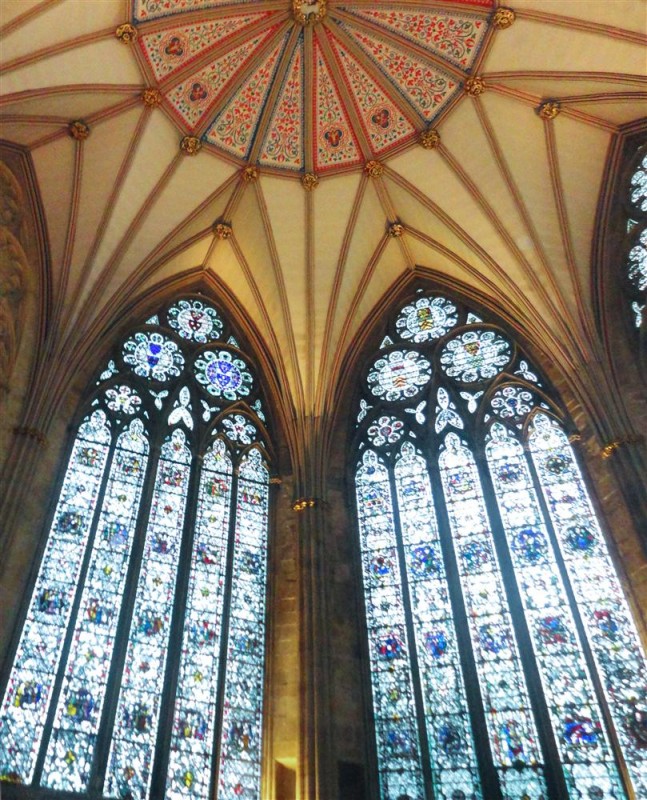 The awe-inspiring structure in the Gothic, Decorated and Perpendicular styles is famed for its magnificent stained-glass including the medieval East Window, the Five Sisters Window and the stunning Rose Window. Its known origins from 627AD are of a basic wooden church specially erected for the baptism of Edwin, Anglo Saxon King of Northumbria. Paulinus who baptised Edwin became Archbishop of York in 634. In 670 St Wilfrid carried out major refurbishments to the stone structure completed by Oswald in 637. Until the late 10th century, including throughout the Viking era, much of the Minster’s history is lost to time. The building suffered fires and damage over this period, undergoing various rebuilds. 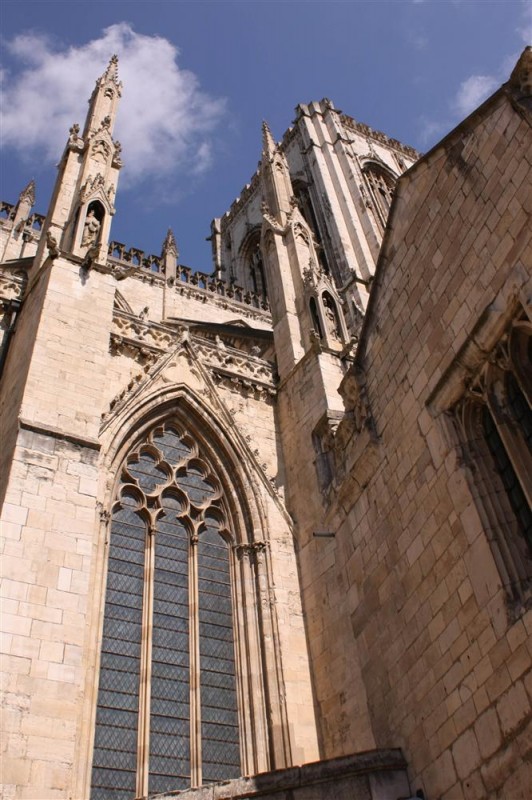 Ealdred, the Benedictine Archbishop of York, who crowned the Norman, William, in 1066, is buried in the Minster. Three years later King William’s campaign ‘the Harrying of the North’ from 1069 to 1070 seriously devastated the building. The first Norman Archbishop, Thomas of Bayeux organised its repair work. Following damage from the Danes in 1075, rebuilding from 1080 was in the Norman style as was work on the choir and crypt in 1154 as well as the new chapel. 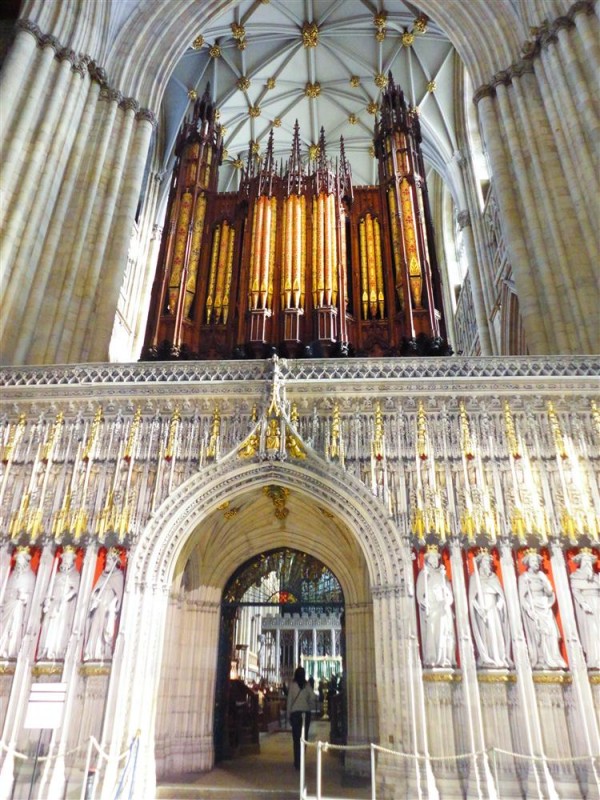 Archbishop Walter de Gray’s decree that York Minster should become a Gothic edifice to equal that of Canterbury Cathedral made it what we see today and in 1220 work began, including the building of a significant central tower with a wooden spire below which is the outstanding 15th-century choir screen. The Chapter House was completed around 1296.  The famous East Window from 1408, which houses 2,000 square feet of medieval glass, is the greatest expanse of medieval stained glass in Britain and was the work of John Thornton of Coventry.This inspirational window depicts The Creation as described in Genesis through to the apocalyptical predictions of Christ’s second coming in the Book of Revelation; many consider this window to be England’s artistic equal to the Sistine Chapel.

By 1472 the building work was finalised and the Minster was consecrated that same year. The pale cream building stone – magnesian limestone – was quarried in Tadcaster a few miles from York. The Minster is 160 metres long, 76 metres wide at the transepts while each of its three towers are 60 metres high.

Both the Reformation period and Elizabeth I’s purge on Catholicism inflicted destruction and loss from looting which included tombs, altars and windows; little was spared, consequently the Minster’s aesthetic heritage suffered greatly. 1644 brought York under siege in the English Civil War and victory for Cromwell; fortunately further damage to the Minster was minimised at this time. In 1829 and 1840 fire again struck the Minster leaving major destruction, including the nave, south west tower and south aisle being left roofless; by 1858 careful renewal work was completed. 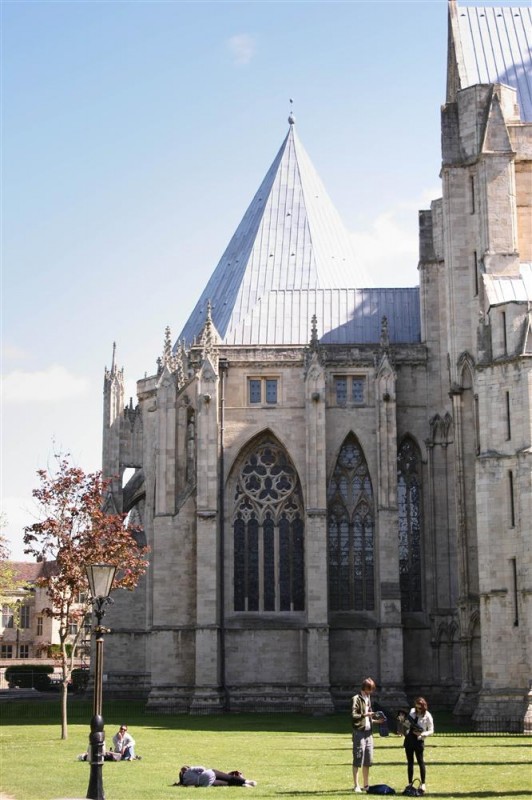 In July 1984, lightning destroyed the roof of the south transept bringing repairs totalling around £2.5 million. The present organ, dating from 1832, was also affected by this fire leading to an overdue restoration completed in 1993. Restoration work on the east front commenced in 2007, including that of the Great East Window. Visit the undercroft to view the remains of the Norman Cathedral and those of the north corner of the Roman Principia (military headquarters) – the latter being unearthed in 20th-century excavations. 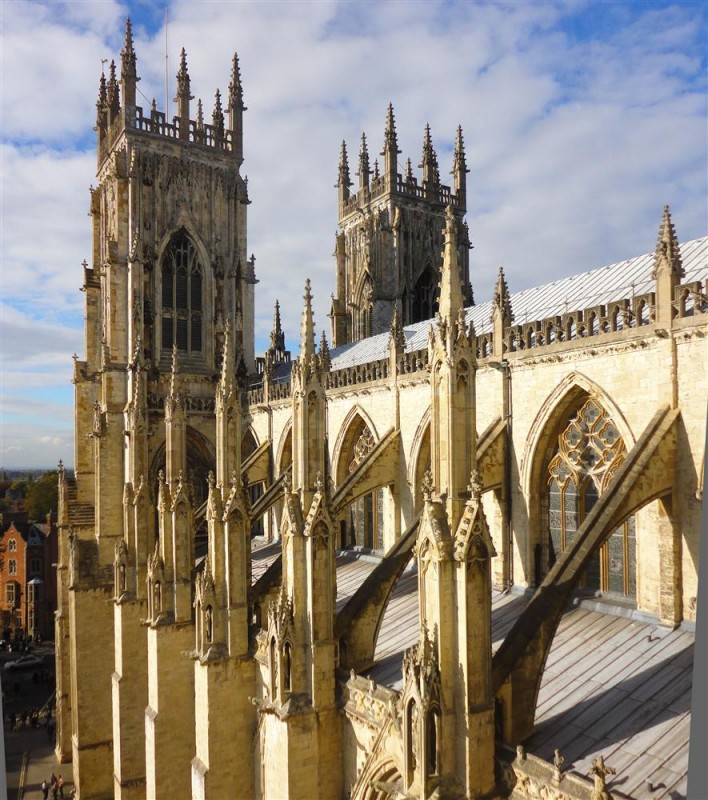 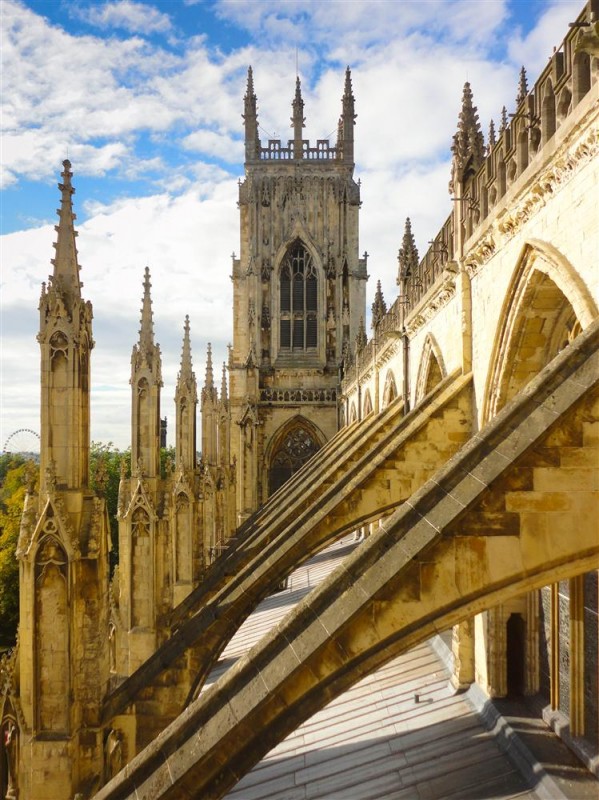 The Minster’s Artefacts Collection holds clues to the past and its people and includes silver and many beautiful and rare treasures, including sculptures of the many English rulers. The Library’s collection houses more than 120,000 books, both ancient and modern and an extensive range of documentary archives charts the history of the Christian Church and the county of Yorkshire from 1000 onward.

A current project is The York Minster Revealed – the largest restoration and conservation project of its type in the UK which will eventually showcase many of the treasures in a way never before imagined.

For a panoramic understanding of York scale the Minster’s central tower, the highest point in the whole of the city. Passing Gothic figures and medieval pinnacles by way of 275 winding steps rising 230 feet this is an experience not to be missed and offers views of the picturesque neighbouring Yorkshire landscape.