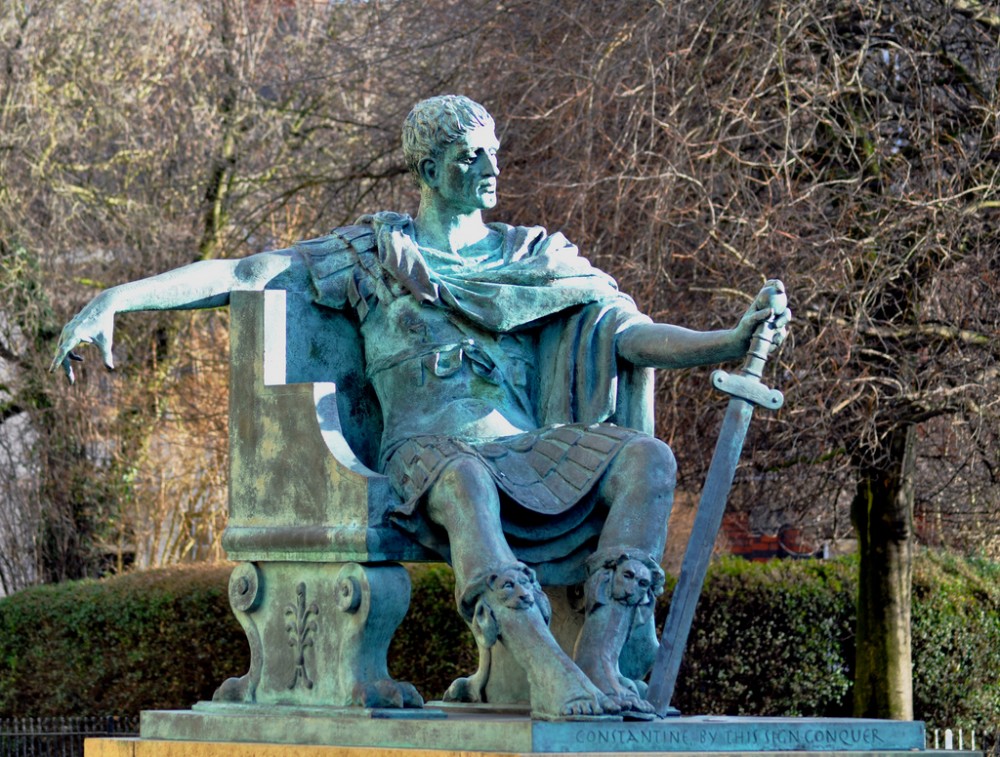 In AD 71 the Romans decided to quell local skirmishes in the north of England and the Ninth Legion marched on the York area, choosing to settle in the marshy meadowlands near the river seeing it as a suitable site on which to build a fortress. Eboracum, as they named the new city, was to advance into a thriving and prestigious Roman centre.

The Romans built their impressive fortress between the Foss and the Ouse establishing a major military base from which to launch assaults in their desired control of the warring Brigantes and other local tribes. The River Ouse was crucial for transportation of men and supplies to the settlement from the North Sea.

The chosen site also provided good possibilities for land access. The ridge on which York stands was used by the Romans as their main approach to the city and the two rivers afforded important defences. The area where York stood then, which is slightly raised, would have been more so in the Roman period when rivers were almost three metres lower than the present day.

York thrived under Roman rule; trade via the river and local transport routes – roads built by the occupying Romans – increased the city’s status and wealth and eventually it became a respected commercial centre. In the 3rd century York was designated a colony, the highest level of Roman city, heading the new Roman province of Britannia Inferior.

Opposite the mighty fortress, lay the Colonia, on the banks of the River Ouse. This was the civilian area of York, with the Via Praetoria at its centre, crossing the River Ouse via a bridge, near to where the modern-day Guildhall stands. Various sized dwellings, according to status and trade, some stone, some timber framed and workshops abounded where craftsmen produced and repaired all manner of military equipment to supply the legionnaires. Skilled leather and metal workers were much in demand; local people would have not found it hard to secure work. Their interesting lifestyles would have been quite secure under Roman protection.

The Romans advanced skills and knowledge enabled planned drainage facilities and the establishment of supply and storage of foodstuffs and water distribution. The city had many Roman temples and large Roman bath complexes, and sewers, on a par with other major Roman cities.

The Roman fortress was around 475 metres long and 400 metres wide, positioned up against the northern bank of the River Ouse. The layout was in typical Roman grid-pattern. From the important military headquarters, the Principia, ran the city’s two major streets, the Via Praetoria and Via Principalis, corresponding roughly to today’s Stonegate and Petergate.

The fortress consisted of a Basilica, courtyard and barracks. From the Basilica, its ceremonial centre, the governor would have presided over court cases or met with his officers for official events. The Basilica’s foundations can be seen in York Minster’s Undercroft museum.

The Roman emperor governed his world from wherever he was established.

Emperor Septimius Severus lived in York from 208 to 211, coming to Eboracum to lead the campaigns against the Caledonians. He was accompanied by his wife and family and a vast entourage of civil servants, and soldiers that included the Praetorian Guard – the emperor’s crack force of elite bodyguards. Severus died in York in February 211. His son Caracalla succeeded him after killing his brother and named Eboracum as the capital of upper Britain (Britannia Inferior).

The emperor Constantius arrived in Britain in 305, along with his son Constantine. Constantius died the following year while in York. Constantine was visiting the fortress at York on his father’s death and The Sixth Legion promptly proclaimed him as Constantius’s successor. A major and imposing funeral ceremony was held for Constantius, as befitting his military and god-like emperor status.

By 324 Constantine the Great united the whole of the Roman Empire bringing it under one emperor. His strong support for Christianity, to which he is thought to have been converted in AD 312, had untold bearing on European history. He granted Christians the freedom to worship freely, assisting to unite and endorse the faith and in 314 Eboracum had its first Bishop.

Eventually Constantine left York for Trier to establish a base for his campaigns against the Germans.

After 410, the city of Eboracum become largely abandoned with the departure of the Roman army when it returned to defend Rome Around 450 there may have been serious flooding in the city causing the Ouse bridge to be swept away although some areas of old Roman York remained occupied.

Many thanks to YorkMinster for letting us use their picture of Constantine. We would have taken one ourselves but it’s currently surrounded by construction materials. 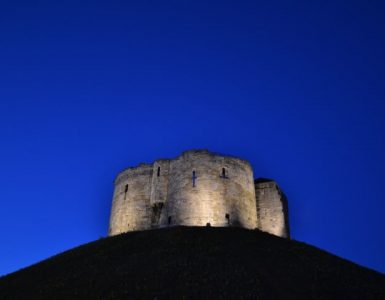 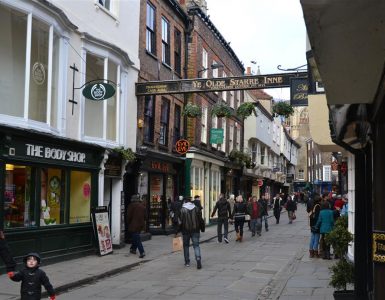 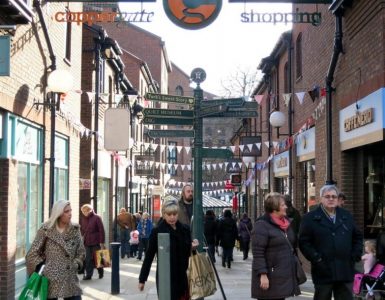 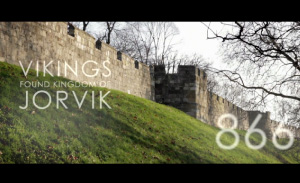