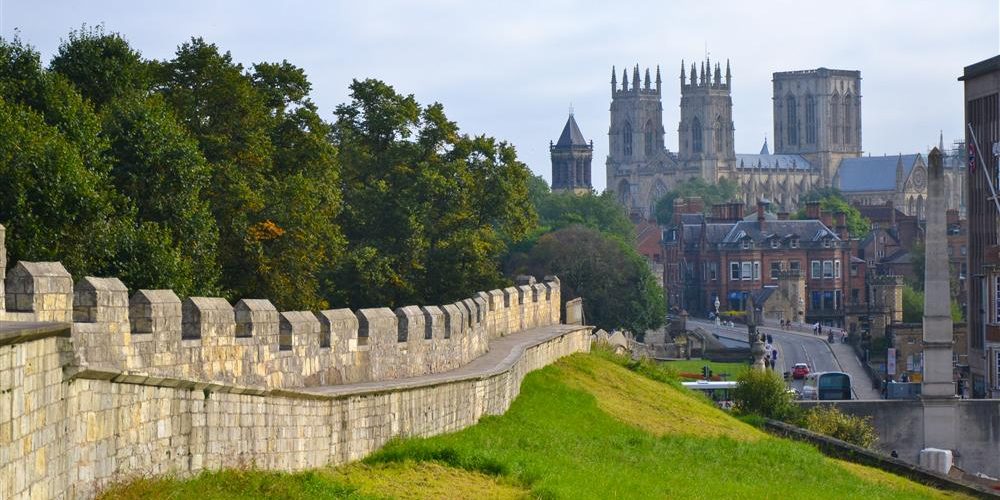 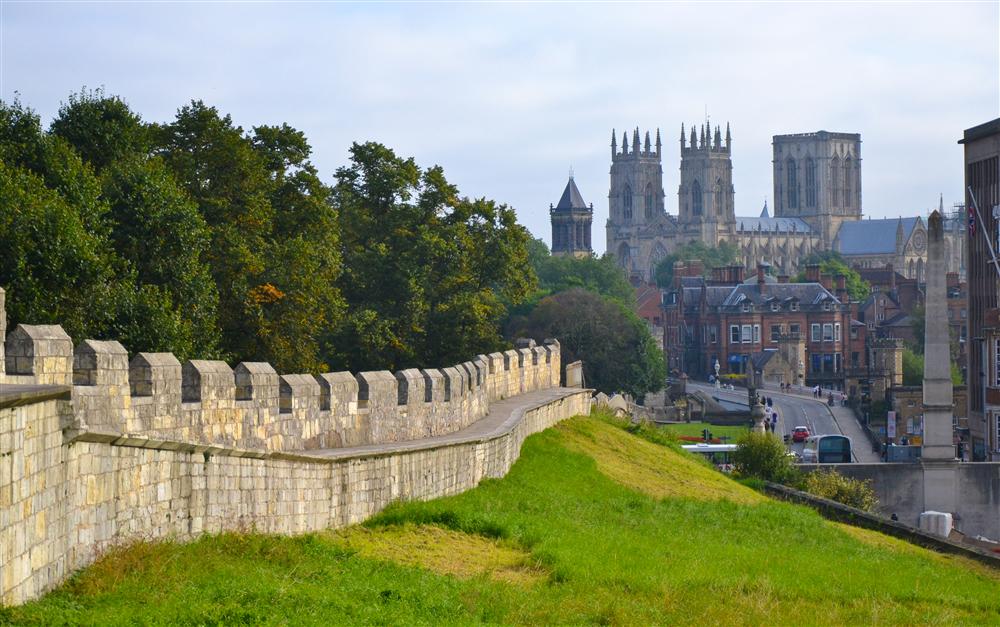 One of the great attractions that York is most recognised for are the City Walls guarding the perimeter of the once much smaller city.

Stretching 2.75 miles (including the gaps) the wall encircles an area of 263 acres, that’s over 130 football pitches. Retaining all four bar (gates) into the City the York Walls are the most complete example of Medieval walls in England.

The City Walls, not as we know them today, were first built in 71AD by the Romans, were made of wood and originally surrounded an area which was their headquarters, known as Principia and covered around 50 acres.

The Roman-built walls were buried beneath earthbanks after the Vikings had invaded and didn’t see them as up to the job of defending the City. They built over the walls to the North Est and West of the City and then extended southwards upto and on the opposite sides of  the Rivers Ouse and Foss and back down to where the two rivers meet giving additional, natural protection to the City.

The only entrances to the City was via the four bars within the walls. These were manned toll gates who controlled who entered and exited York. Visitors bringing goods to the City to sell were charged a tax on their goods while the residents were charged a ‘Murage Tax’ for the upkeep of the walls and defences.

The fours main bars consist of:

Located on the North West wall over Bootham

On the South East wall over Walmgate

Located on the North East wall over Monkgate

On the South West wall over Micklegate

as well as the two remaining smaller bars

On the South-facing wall

On the South West facing wall down from Micklegate Bar

Although the walls had a long and well-lived lifespan, by the late 18th Century they were no longer used and they were falling into disrepair. A proposition was made in 1800 to demolish the walls and gates which were now believed to be hindering the development of York as a City, rather than helping it. Permission was initially granted but met with fierce competition. A preservation order was finally obtained in the mid-nineteenth century but it was too late for some parts as over 300 yards of wall, 3 posterns and 5 towers had already been demolished. Thankfully these have since been restored and maintained.

Today the walls are accessible from dawn until dusk (and are then illuminated through the night) and provide great views across the city. There are benches at several of the towers should you need a rest or just a sit down to take in the views.

As you do walk around there are some markers on the stone flags you may see: 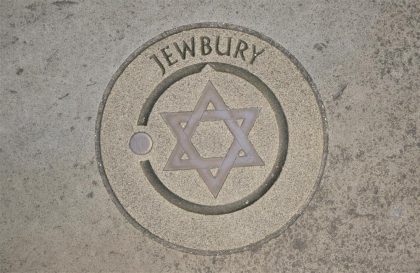 This marker marks the point, if you look out of the city where there was a strong Jewish community and one of the fmous Jewish cemeteries.

If you look over the walls at this marker you will see a dome-roofed, igloo-like building. This deep, brick-lined 19th Century pit was used to store blocks of ice which were collected during winter, for use over summer.

Marks the place near Monk Bar where the gateway to the Roman Fortress would have been in the original Roman walls.

Traversing the walls is more difficult in some parts than others. Steep steps and narrow walkways at some points but there are lots of points to stop and start so it’s easy to walk it at your own leisure while maybe calling in for a drink or bite to eat along the way.